Why is Hydro Jetting Valuable and Necessary?

If you live in the Lower Mainland, BC specifically Maple Ridge, Coquitlam, Burnaby or Surrey you may have heard the term Hydro Jetting thrown around before. Maple Ridge plumbers market hydro jetting, like every common person should know exactly what hydro jetting is and what it does. Mr. Swirl is here to break it down for lower mainland residents and let you know everything you need to about jetting!

So, what is hydro jetting? Hydro jetting is an important tool that all of our Maple Ridge and Coquitlam plumbers have mastered. We use a machine called the hydro jetter and use it to clear out your blocked sewer lines, drain lines, water lines, storm drains, sumps and more.

What this hydro jetter does is creates extremely pressurized water which is powerful enough to wipe away any grease, dirt, soil, soap, hair or any debris that might be blocking your lines.

When one of our friendly Coquitlam or Maple Ridge plumbers shows up to do jetting you’ll see a long hose line and reel that is usually red or green. This hose line will go down your clogged sewer line or water line and is connected on the other end to a compressor.

What’s going on inside that hose is the flow of extremely high-pressure water. This water is at such a high pressure that hydro jetting is actually the best way to get rid of clogged drains or blocked pipes.

To put it short, hydro jetting is a hose that blasts water at an extremely high pressure to remove any blockages in your piping, sewer line or water line. 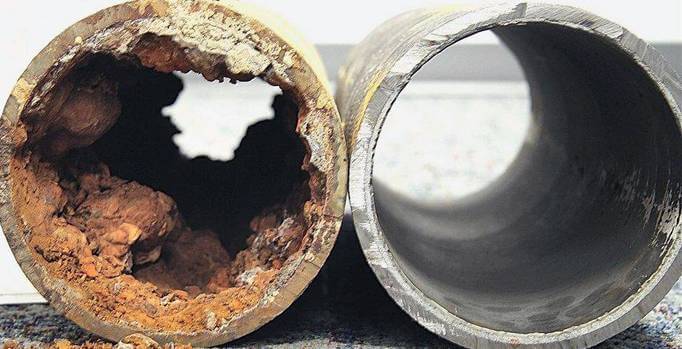 Why use Hydro Jetting?

Well, like we just mentioned, hydro jetting is one of the absolute best ways to eliminate clogged drains or blocked pipes. Hydro jetting is also known for preventing these clogs or blockages from ever coming back which most alternatives do not provide. Although jetting sounds fancy and complicated, it is still very cost-effective.

Since jetting only uses a machine and pure water it is more cost-effective than most other alternatives. No expensive chemicals are needed in jetting, making it great for your wallet. The fact that jetting only uses water and no special chemicals also makes for the fact that it is incredibly environmentally friendly unlike other drain cleaning methods or clogged drain treatments.

Most of the time, hydro jetting is required to unclog pipes in water lines and sewer lines but what really causes that? The most common pipe blockages we see come from grease or tree roots. If you’re a Maple Ridge business owner and say you do a lot of food preparation, inevitably grease and sludge will end up in your pipes.

Or if you’re a Maple Ridge homeowner, you likely have some trees planted, and little that you would know, they could be taking over your piping. Sometimes, tree roots that cause blockages or disturbances to your water or sewer line might need a different remedy than hydro jetting. That’s why at Mr. Swirl, we always use our drain line cameras to assess the situation before hydro jetting.

A drain line camera is a camera on the end of a long hose reel connected to a monitor which shows us just what’s going on in your pipes, water line or sewer line. It can effectively tell us whether your water or sewer line requires hydro jetting!

Some other blockages that may occur come from hair, soap, food, dirt, sand and debris. It’s hard to say exactly what might end up in your sewer line, but we assure that jetting can help.

Do I need Hydro Jetting?

There are lots of situations that may require hydro jetting. Hydro jetting isn’t always used as an emergency clogged drain tool and can be essential for removing pipe blockages before they become clogged or for maintaining your pipes properly. Some telling symptoms that you might need jetting include:

Pipes That are Draining Slow

If you notice your drainage is starting to take abnormally long, this could be an early sign you require hydro jetting. Blockages are starting to build up and if left unkept, could cause a full-out clogged drain.

Now, sometimes these sewer or water line blockages can be solved with drain cleaner and Mr. Swirl actually has an all-natural drain cleaner that is great for solving these blockages without escalating to hydro jetting. Have a friendly Mr. Swirl Coquitlam or Maple Ridge plumber assess your drainage and let you know whether it needs drain cleaner or jetting.

Pipes that are Making Unusual Noises

Have you ever heard your pipes gurgling or burping almost? Although sometimes comical, this could be another sign you need hydro jetting. Why?

That gurgling noise in your drainage and pipes is caused by water or sewage passing through a big blockage or clog. Hydro Jetting can effectively wipe out the clogs and have your pipes silent again.

A Nasty Smell Coming From your Drains

Of course a huge sign you might need hydro jetting is a clogged drain! Clogged drains are awful and can leave raw sewage on your floor and in your home. Nobody wants this problem, but Mr. Swirl is here to help.

By using the environmentally friendly process of jetting, a friendly Mr. Swirl Coquitlam or Maple Ridge plumber will inspect the clog then decide if hydro jetting is the right method to continue. Not all clogged drains are solved with jetting, but it is one of the many methods.

You can trust Mr. Swirl to choose the best method to get rid of your clogged drains and solve your problem faster than the other guys.

If you live in an older home perhaps in Coquitlam, Maple Ridge, Mission, Burnaby or Vancouver your pipes may be more susceptible to blockages and build-ups. Piping has changed over the years and older types may not be as good at cycling though debris. Well, jetting is the one stop tool to help any pipes with this problem!

Maybe you also own a restaurant or kitchen in Maple Ridge, Pitt Meadows or Port Coquitlam. Due to high usage of your kitchen, grease can end up in your drains and into your piping. Hydro jetting is a great method to eliminate grease, should this problem arise. You can also look into grease traps if this may be of concern to you.

Hydro jetting is such a useful tool in the plumbing world. Although most Maple Ridge plumbers don’t really explain what it is, we hope this guide helps you know everything you need to about jetting. If you require hydro jetting or any plumbing service whatsoever call Mr. Swirl the friendly plumber at 604-435-4664 or book an appointment online now! We service the Lower Mainland, Fraser Valley and Greater Vancouver Area including but not limited to Coquitlam, Maple Ridge, Pitt Meadows, Mission, Langley, Surrey, Port Coquitlam, New Westminster, Port Moody and Burnaby. Find out why we’re called the friendly plumber today!