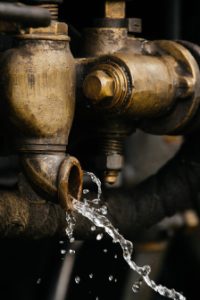 Who Invented The Plumbing System?

It may surprise you that although Roman Empire is famous for the modern plumbing, they are not the ones that invented the oldest plumbing systems! In fact, ancient Egyptians are the ones with the first ever plumbing systems. The plumbing system was invented to transport water from the Nile River to their farms. These first ever pipes were made from baked clay, and the water also ran through their homes! Later, they had also upgraded to copper pipes as they had experience creating and wizarding copper tools from their experience.

Romans were next to add their own touch to the plumbing systems, as they evolved even more extensive systems to carry the water throughout households, creating the first ever sinks, showers, toilets, and drains. However, the Roman’s plumbing downfall came with their invention and usage of lead pipes, which lead to extreme and widespread lead poisoning and deaths beyond imaginable. Pregnant women and infants were affected immensely as the lead poisoning caused their deaths, and an overwhelming number of miscarriages, furthering the downfall of Romans.

The current plumbing systems as we know today were brought about much later in the Victorian era’s plumbing systems with the overwhelming number of people that immigrated to the cities. The rise of the population concerned the water sanitation, and waste disposal. Their problem needed a modern solution, which is where the new upgrades to the existing plumbing at the time came about and brought the changes that we now know as modern plumbing.

When Is The World Plumbing Day?

The World plumbing day is March 11th around the globe, and it was established only 12 years ago in 2010 by the World Plumbing Council! It came about to raise importance regarding the sanitation of drinking water, and health of the humans and the surrounding environment. It is a day to celebrate the plumbers ensuring the safety and the sanitation of the water systems that run within the houses and outdoors. The hashtag #WorldPlumbingDay is often used to share the community celebrations on social media to further show appreciation for the plumber heroes of our neighbourhoods. So, on the next March 11th, celebrate your local plumbers and share your memories online!

What Plumbing Material Is The Worst?

Polybutylene pipes, galvanized steel pipes, and lead pipes. Read more about these pipes in our previous blogs to learn more about them. Additionally, lead piping is a much more serious issue face as lead poisoning is much quicker and the contamination is the most likely to affect the people using the water. No level of lead is safe for children, and in case of adults, it is highly likely to cause brain and nerve damage after a high and consistent intake.

What Is Galvanized Plumbing?

The usage of galvanized steel in the plumbing system of your households is the known as galvanized plumbing. These steel pipes are covered with a coat of zinc to prevent them from rusting and contamination the water quality that runs through the in the long term. There are much less common now as there is a variety of other pipes that do the job of galvanized steel pipes better and have more long-term advantage and life span.

Galvanized steel pipes were most popular and used more commonly in the 50s and up to the end of 60s. The reason their popularity did not last time was because the pipes themselves did not stand the test of time. They started to corrode and rust from inside out. This corrosion resulted in reduced water pressure and restricted flow of water. This brought about a high risk of leaks and even major ruptures in the household plumbing system. The corrosions were most likely to occur when the pipes were directly connected to brass or copper.

Nowadays they are highly recommended to be swapped out with the variety of new materials on the market that do not rust over time and are not a health hazard to individuals. So, it is recommended to call Mr. Swirl the Friendly Plumber to come and indicate whether your house has any galvanized steel plumbing and determine a time to swap them out to prevent water contamination in your house, and help you protect your loved ones.

What Defines A Reliable Plumbing Company?

Everyone’s definition of a reliable plumbing company, or any reliable company for that matter is different from one another. We define our reliable plumbing company as professional and friendly staff and technicians that are here to help make your day better 24/7. All of our plumbers are professionally trained time and time again to ensure no mistakes happen while they are completing their allocated jobs.

Transparency of costs and reviews are crucial to demonstrate the reliability of a plumbing company. With over 500 reviews on Google and much more on other review platforms, it is a proof of the work quality and experience we provide for our customers, in addition to an attest to our friendly reputation.

A reliable company does not only care for its customers but also for its employees, that’s why we constantly foster a friendly relationship with our staff. In addition, a reliable plumbing company completes each plumbing repair with a complete focus on resolving the problems while leaving the customers with a problem-free plumbing system.

In rare cases of leaks and other complications post the completed job, a reliable company returns to the job sight and fixes the issue for the customer as soon as possible to not cause them any unpleasant experiences such as leak damage or other such. As a reliable company, there are also complimentary follow up visits offered for those who need them, and to double check everything is in perfect condition and is working.

Where Is The Closest Plumbing Near Me?

Mr. Swirl the Friendly Plumber is here 24/7 to help make your day better and eliminate your plumbing problems. Serving the Lower Mainland for over 20 years, Mr. Swirl has on call technician’s day and night to rescue you from your plumbing issues. Mr. Swirl is here for you every hour of every day. There are however other plumbing companies also available specific to each area if that is the choice of the customer. However, Mr. Swirl is a friendly locally owned small business that is pleased to be able to serve the Lower Mainland.

What Is Emergency Plumbing?

Plumbing problems often arise when you expect them the least. So, whether it’s a burst pipe, a minor leak, or a clogged sink or toilet, it’s best to call our 24/7 plumbing professionals to come take care of the issue before it grows into a bigger problem. Emergency plumbing issues also often indicate that there are larger more serious problems at hand that have yet to be revealed, and have not been handled in a long time.

Our technicians are professionally trained is investigating and diagnosing any underlying problems that are detectable from their experience and tools. So, if you have an emergency plumbing issue at hand, call Mr. Swirl the Friendly Plumber right away, as your emergency is our priority.

What Is A Plumbing Stack?

What Are Common Household Plumbing Concerns?

Unlike the early on stages of plumbing ages when majority of water that was used within a household was from outdoor wells and rivers, now we have complex plumbing system running through pipes across the entirety of your house. There are many issues that can arise within the intricate system of your house’s plumbing. Some of the most common problems that can arise include but are not limited to dripping faucets, leaky pipes, clogged drains, and water heater and sump pump problems, and water pressures too high or low.

These are only some of the few problems that can arise, as more serious and damaging problems can also arise. A common indicator of problems that are happening under the surface without your knowledge is uncommonly spiking water bills. To get to the source of these spiking water bills, its best to get your house inspected by one of our Mr. Swirl friendly plumbers. Call us now at 604.435.4664 to avoid future damages to your house and property.